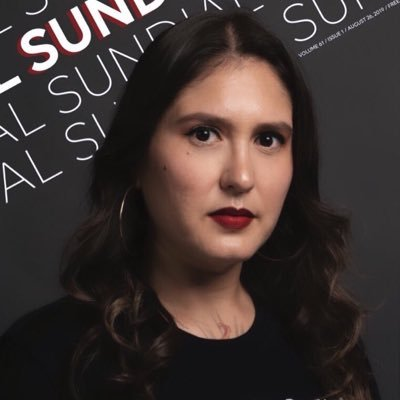 Q: What is your name and what do you do?

My name is Lily Gonzales and I am 37 years old. I was incarcerated in California, in Los Angeles County, specifically in solitary confinement, and have been home since 2011. I work for California State University Northridge for Revolutionary Scholars Project, which is an on-campus student organization and student resource center for formerly incarcerated students, assisting them to matriculate into higher education.

Q: What does survivorship mean to you?

“ I think a lot about the people that I left behind.”

A:  I was fighting a life sentence. I was found not guilty. I took it all the way to trial. So the trajectory of my life could have looked very different. I wasn't offered a deal until my jury was deliberating, and my deal was eight years, which I didn't end up taking because the jury came back with a verdict, which was not guilty. But I think a lot about the people that I left behind. And I think that's something common in folks I've talked to that share my experience is thinking about those that we left behind and this guilt.

I think that that's why for me, I throw myself so much into the work or try to it's because I'm constantly thinking about the folks that are inside, that don't get to come home, even in the work that I do with higher education. The programs inside prison for higher education that folks want to get into, not everybody can. And then we have folks that may not come home anytime soon or at all. I think about them, and what's accessible to them, and how we say that 'higher education is accessible for you, but not you.' I think about all of those things about the folks inside, and that's something keeps me, I think, just moving is that survivor's guilt, in a way, but using it in a way to do this work.

Q: How would you define community and how does your community feel right now?

“We see that we need a different world and know that another world can be possible.”

A: I think that there's a lot going on. It's not just COVID that's happening, as we see. We've been constantly working. We've been at protests. We've been doing this work on the front lines because it is so important to us, and we see that we need a different world, and know that another world can be possible. So for us, we're looking at ways, alternatives to 911, how do we stop calling the police on each other? First and foremost, on your neighbors. I think that there's so much violence that comes from these systems, so, finding alternate ways to no longer rely on them because we see what they do to our communities, and to our people, and who they impact.

Q: What feelings came up for you during your incarceration and have any of those feelings come up now during the pandemic?

“There are over a thousand incarcerated folks that have tested positive for COVID inside and want to come home.”

A: When I was inside, I was locked down 23 hours a day. There were some times where that was extended and it was days on end that I didn't know when I was going to come out again. So, I think the uncertainty of everything has been challenging. But I think having that experience has put everything into perspective, and seeing what's happening to folks in San Quentin: There are people dying.  There's over a thousand incarcerated folks that have tested positive for COVID inside and want to come home. So, just thinking about those things, and that I get to be home with my children, I get to walk to the refrigerator, and eat what I want, has really put a lot of those things into perspective. I think  it's another constant reminder of how there's so much work to do. When we see both of these systems, whether it's COVID or incarceration, we see which bodies are vulnerable to premature death, and we see which bodies are susceptible, and we see who is deemed disposable by the state, and it's the same in both.

“I think of incarceration, I think of COVID, and think that these are forms of genocide towards specifically targeted groups of people...”

A: I mean, it's the same structure. Like I mentioned, we see who they care about, who they don't. Whose bodies are disposable, and which bodies are vulnerable. We continuously see that it's Black and Brown bodies, specifically Black people. Look at the numbers of COVID, at who's dying, I think that that tells you that. I think of incarceration, I think of COVID, and think that these are forms of genocide towards specifically targeted groups of people because that's who's being impacted by it the most.